Am I eligible for membership?

Learn about our member benefits 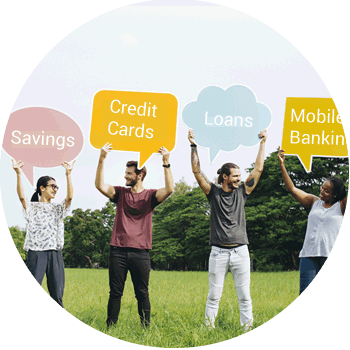 Electric legacy: the story of general electric in fort wayne

On behalf of our members, MidWest America FCU is proud to be the title sponsor of the upcoming PBS special "Electric Legacy: The Story of General Electric in Fort Wayne." This new documentary production from PBS Fort Wayne, will take the viewer on a journey through 140 years of Fort Wayne history, connecting people, places, and events in American history. Our Credit Union has deep roots to the history of General Electric and the people that helped build the legacy that it left behind.

In 1936, a group of General Electric employees in Fort Wayne, Indiana, petitioned for a federal credit union charter. And then on May 29th, our charter was granted and the formation of the General Electric Employees Federal Credit Union was complete. In those early days, the volunteer committee carried their cash assets around and did business out of a shoe box and our first office was actually located inside the plant! A lot has changed since then but our connection to GE and its employees has remained constant. Without the support of these great individuals and their families, MidWest America Federal Credit Union wouldn't be what it is today.

As stated in the press release by PBS Fort Wayne, the Electric Legacy documentary covers the origins of the company in the 1880s before becoming a part of General Electric, and traces its evolution through the product developments of the 20th century, the WWII production boom and beyond. It highlights the bonds that were formed among employees, the economic downturn of the 1980s, the final closure of the Fort Wayne GE Campus in 2015, and the hope created by the Electric Works project.

This project is made possible by the financial support of MidWest America Federal Credit Union, with additional support from the West Central Neighborhood Association and a number of former GE employees. The broadcast premiere will air on PBS Fort Wayne on Thursday, March 5th at 8:00 PM on PBS Fort Wayne Channel 39.1. Don't worry if you miss out on the premiere, check your local listings for future showings.

We pass along our profits to you.

Get it Done
Home Loans